First, a DJ must have a passion about music. That’s what usually gets us going down the path of becoming a DJ: a love of music. Along the way we learn programming matters. We figure out that if you line up certain songs in a certain way, you have great crowd responses. We learn to read a crowd; another skill that once developed is indispensable in being able to command a floor / room.

Which brings us to an often-overlooked skill set every DJ should have in their arsenal: mixing (and to a little venting about those DJs who, sadly, couldn’t care less about it).

I believe mixing is something intrinsic to being DJ, a skill so fundamental, so integral, so elementary, and so organic (I’ll lay off the thesaurus now…) that I can’t fathom being a DJ without the ability to blend songs together. Why would anyone shun the ability to make themselves better, make their work better, and to set themselves apart from other DJs?

Mixing allows for a smooth, harmonious and melodious transition from one song to another. Mixing ensures there’s no “dead air” from song to song. Mixing grants your floor / crowd an uninterrupted progression of the musical journey you’re working so hard to create.

Do you want to represent yourself in the best possible way and let the music / mixing speak for your endeavors? Would you rather sound like a bunch of sneakers in the washing machine, or worse — like the local Clear Channel radio station? (Yes, I know Clear Channel is a thing of the past. That’s why I used that name. My lawyers said it was kosher.)

I once had a gentleman point out to me the “history” of DJing, going back to the 1930s. He mentioned prominent names and cited historical dates as hallmarks to bolster his position that these early pioneers were perfect examples of why it wasn’t necessary to concern ourselves with a trivial 3-5 seconds of meshed music.

Test A: Don’t mix a lick. Blend, don’t blend, and try to avoid having 4 out of 9 of those segues sound like straight up train wrecks that would have even Marlee Matlin grimacing.

Test B: Mix the tracks in a linear, harmonious fashion.

My point in all this: Learn your craft. Get your fundamentals down pat. If you don’t know how to mix, learn. It’s not that difficult. If I can do it, you can do it. You don’t have to be the Michael Jordan of mixing. Kevin McHale had a Hall of fame career off the bench.

Any mixing is better than no mixing, kinda like sex. Something simple, clean, quick and musical. It doesn’t take much. If you’re not mixing, you’re not DJing (yeah I said it.) Heck, there are apps on your phone that can mix.

There’s no excuse for a professional DJ not to mix. That’s what the Sync button is for.

Now go out there and learn something.

Based out of Richmond, VA, DJ Tony Fernandez has been a DJ, Remixer, Producer, Musical Soothsayer and Audio Gear Oracle since 1980. Find him on facebook. Email djtonytf@gmail.com 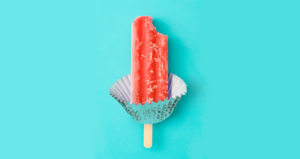 It’s a fact of DJ life: software crashes, hardware fails, cables fray; things go wrong – typically at the worst possible moment. No doubt you have your own Plan B in place when the inevitable happens; but just in case you missed that episode of MacGyver, here’s a look at a few essential seat-of-the-pants fail-safes.

If you’ve DJ’d for any length of time, especially with a laptop, midi-controller and a flat screen or two, you’re all-too familiar with the fingers-on-chalkboard sound of 60-cycle hum bleeding though your speakers.

For many the solution seems simple enough — drop the ground; lose the hum. But what you may not know is that simply removing the ground is never a safe option. A far better solution, one that won’t require routing through a ground lift (and the resulting loss of volume and tone), can be easily arrived at with the Ebtech Hum X Ground Loop Hum Exterminator. Easy to use, easy to install, can be used with any device with a 3-prong outlet and will not affect your audio signal.

Kill the hum, not the buzz (or your gear).

If an RCA to 1/8” cable isn’t the first cable you run when you’re setting up, it should be. Routinely hook that bad boy up to your smartphone and the emergency playlist of party favorites you have at the ready and you’ll never have more than a few moments of downtime while you reboot.

For an extra layer of prep, keep your emergency playlist on auto play to completely eliminate any chance of dead air.

Also good to have for that pesky laptop switch.

Here’s something might have missed: If you’re ever in a pinch for a microphone you can always use a pair of headphones. Geek-speak aside, a microphone is pretty much the same as a speaker: both use a diaphragm and magnetic driver to convert sound to current.

How do you do it? Simple. Just grab the nearest pair of headphones and plug them into your mixer’s headphone input. Oddly enough, this seems to work best with cheaper iPhone type earpods, but typically whatever cans you’re wearing will do the job.

Ouch. This is toughie to bounce back from: Your mixer craps out and you don’t have a back up.

Solution: A 1/8 to dual XLR male cables will let you bypass your new doorstop and route directly from your laptop to most powered speakers.

Have ‘em ready to run and your downtime will be minimum.

While dead air might not be a matter of life and death, it can sure feel like it when 100 or more people are staring you down.

Remember: There is no panic button on your keyboard.

After being turned out to pasture following a 16-year club residency, Glen Ervin finds himself gainfully employed as Promo Only sales manager, media consultant and staff writer.

Pioneer DJ is introducing the new DDJ-RZX flagship controller. Designed to make the most of the new rekordbox™ video Plus Pack for rekordbox dj, the DDJ-RZX builds on Pioneer DJ’s heritage of making innovative video DJ equipment like the DVJ-1000 and SVM-1000. The DDJ-RZX is a 4-channel professional controller for mobile DJs and anyone who wants to bring videos into their performances.

The DDJ-RZX features three touch screens for viewing track information and applied pad effects. Video previewing and monitoring is sharp on the 7-inch screens, and they give access to all the key features in both rekordbox dj and the new rekordbox video Plus Pack. You only need to use your laptop to browse your rekordbox library and select tracks. Two XLR combo input jacks give distortion-free Mic output and the 3-band Mic EQ and Mic FX let you tune each voice. Plus, the extensive FX unit includes Combo FX, Sampler Repeat and Release FX, as well as the studio-quality Sound Color FX from the DJM-900NXS2 mixer. The DDJ-RZX inherits traits from the CDJ-2000NXS2 multiplayer and DJM mixer series including large jog wheels, multi-colored Performance Pads and high-quality sound.

To buy the rekordbox video Plus Pack for rekordbox dj, follow these steps:

If you’re a rekordbox dj monthly subscriber, you can use the video features without buying a license key (included as part of the subscription). Find out more about the rekordbox family.

KEY FEATURES OF THE DDJ-RZX

Mix audio and videos instinctively with features inherited from the CDJ and DJM series including large jog wheels and multi-colored tactile Performance Pads. The 4-channel controller has an independent sampler section for intuitive control of Beat Sync, Quantize and Trim on the sampler.

Hear the true sound of your tracks thanks to AC inlets for reduced cable contact resistance and a high performance 96 kHz/32-bit D/A converter made by Asahi Kasai. Plus, low jitter clock IC and the 96 kHz/24-bit USB sound card ensure powerful, high-quality sound.

Take your performances to the next level by using the three 7-inch touch screens to preview/monitor video and image files, and to trigger Beat FX and Release FX. Plus, Touch FX lets you add FX and adjust parameters by tracing on the x and y axes on the display. Use deck display mode to check track information such as titles, BPM and key. Additionally, use mixer display mode to see enlarged waveforms for each track, as well as loop and Hot Cue information. Create instant doubles by simply touching the display.

Hear voices loud and clear thanks to two XLR combo input jacks for Mics. Control the output with the 3-band Mic EQ and use the four Mic FX – Echo, Reverb, Pitch and V Tune – to add texture and to tune each voice.

Add the following FX to your tracks from rekordbox dj or external players and sound sources:

A protective case for the DDJ-RZX will be available. Made from lightweight, durable materials, it has a robust, black metal frame to keep your controller safe during transit. It also features built-in carry handles and wheels for easy transportation (to be sold separately).